Skip Navigation
We use cookies to offer you a better browsing experience, provide ads, analyze site traffic, and personalize content. If you continue to use this site, you consent to our use of cookies.
LAE Voice

Official Publication of the Louisiana Association of Educators
By: LAE Staff
Share

Just days before the start of the 2019 Legislative Session, LAE released the results of a public poll revealing Louisiana citizens’ overwhelming support for pay increases for public school teachers and education support professionals.

When asked if they would support boosting teacher pay, 80 percent of those polled said “yes.” Additionally, 81 percent of respondents said they back increasing pay for other education support professionals.

“Our school employees are some of our state’s most dedicated public servants,” said LAE President and 38-year teaching veteran Debbie Meaux. “It’s encouraging to know the public acknowledges them for the work they do to impact the educational experiences of Louisiana’s students.”

The survey also showed that Louisiana citizens understand how the lack of government resources impacts their schools. Nearly half of those polled cited education funding and educator pay as the most significant issues facing the public schools in their communities. Student discipline was another top issue.

LAE conducted the poll via telephone at the end of last year.

In addition to LAE’s survey, association leaders recently partnered with a group of public school stakeholders to host a series of town halls across the state.

“Hundreds turned out to demand that we do better by our students,” Meaux said. “The attendance at these events - coupled with the responses on LAE’s survey - show the public supports increasing school funding. If I were a lawmaker, I’d take notice and take action.”

Louisiana’s 2019 Legislative Session is currently underway, and LAE’s top priority is supporting efforts to increase school funding, which will ultimately pave the way for a pay boost for all of Louisiana’s public school employees.

You can get involved today by writing your legislator. Go to lae.org/payraise to get started.

“Fewer young people are going into the teaching profession because they see the underfunded classrooms, lack of appreciation, and stand-still pay. We have teachers preparing our children while struggling to provide for their own.” – Governor John Bel Edwards

Governor Edwards summed up the plight of educators when he addressed lawmakers at the beginning of the 2019 Legislative Session. LAE agrees with the governor’s sentiment. For far too long now, certain legislators have overlooked their responsibility to the children of the state. The result of that decade of oversight? A public education system that now sits at a tipping point, precariously wobbling between a path to educational excellence or continued deterioration. The professionals we trust with our children’s education have not seen a sustained increase in their paychecks in more than a decade; a fact that is both troubling and extremely detrimental to the futures of our public school educators and the students they serve. During this period, Louisiana has fallen further behind in national and regional rankings for teacher pay. It’s even worse for support professionals, many making less than $23,000 a year. It is imperative that the people of this state not undervalue the critical services all school employees – in every walk of the profession - provide for students.

I genuinely believe that you - the women and men who work in our schools - are public servants called to enhance the lives of children. Funding our state’s public school system is the ultimate investment Louisianans can make for our future. Legislators have an opportunity to do this in the coming days as they consider proposals that stand to secure much-needed boosts in pay for educators and an increase in money dedicated for public schools to support students’ education. While these proposals offer modest increases, they are the first steps toward a renewed future for public education in the state of Louisiana.

Some of you may question why LAE supports the governor’s proposed pay increases of $1000 for certified teachers and $500 for support professionals. While no one thinks these amounts cover what our educators deserve, we have to start somewhere. Governor Edwards’ plan, unlike others that have been proposed, is sustainable and most importantly, recurring. You may have heard larger figures tossed around, but these proposals only call for a one-time payment. We are not looking for a stipend, we are looking for a recurring raise, and the most responsible way to achieve this is to get dollars added to the MFP. That way the money is permanent and protected. The goal is to boost the MFP levels this year so we can build upon these levels in the coming years to continue to increase pay and school funding.

To understand why LAE has taken this position, you have to understand both the intricacies of the school funding formula (Minimum Foundation Program) and the politics that surround the budgeting of surplus money at the state level. The governor’s long term strategy also comes into play.

Let me begin with the latter. Governor Edwards is the first governor since Kathleen Blanco to truly support educators. Not only has he promised an increase in pay this year, but he has made it his mission to back a multiyear plan to increase pay to bring teachers in Louisiana to the Southeast Regional Average. At this point, no other gubernatorial contender has mentioned a plan for school employee pay increases. I know Governor Edwards to be a man of his word, and you can rest assured that LAE is not going to let his promise go unfilled.

The process of adopting the Minimum Foundation Formula (MFP) is daunting. First, the Board of Elementary and Secondary Education (BESE) builds the formula. Board members then send it on its journey through the legislative process. The proposal must make it through committees, then the full body of lawmakers in each chamber. With your help, LAE leaders and lobbyists are putting pressure on lawmakers to pass BESE’s proposed funding increase for the 2019-2020 School Year. Your voices are extremely important. Please continue to keep an eye out for LAE’s legislative alerts (emails and texts) and be prepared to take action when necessary. Lawmakers listen and we need you to tell them why funding increases are important.

Before I wrap up, I want you to know this is my last official message to you as LAE President. My term ends on July 15th. I want you to know that it has been my honor to serve as your leader for the past six years. I am proud of what we accomplished together, and I know LAE will continue to rise as a dominant force in public education in the years to come.

Thank you for trusting me to serve you and the students of Louisiana. I wish all of you much luck and success in the years to come.

All my best,
Debbie Meaux

LAE: Why did you choose to go into the education profession?

TM: There were many educators who influenced me and my decision to become a teacher; however, I will never forget the sassy and oh so classy, Mrs. Juanita Jackson-Hill. She taught me life lessons as well as skills needed for the future. She made being a teacher look like an honorable profession. I wanted to be as impactful as she was for others. She was one of the many reasons why I became so passionate about teaching. I’m a special needs teacher and I chose this area of focus because of my Uncle Lincoln. After my grandmother passed, my mom brought him home to stay with us. Ever since then, my uncle has been a constant light in my life. He is the inspiration behind what I do in my classroom to make a difference in my students’ lives.

LAE: What is your favorite part about being a teacher?

TM: When the students I teach grow up to become productive citizens. To see them flourishing in their lives outside of school and to know I had an impact on that is truly a special thing.

LAE: What is the biggest issue facing public education in Louisiana today?

TM: Salaries are without a doubt the biggest issue, with adequate funding for public schools being a strong second. There are so many different factors causing the aforementioned circumstances from ITEP and charters to the MFP and other issues.

LAE: What spurred you to become an activist for public school employees?

TM: There were a number of systemic concerns in education that needed to be addressed and I learned very quickly such problems would continue unless something was done about them. Complaining and stressing wasn’t going to cut it. Participation in the solution was needed.

LAE: What song gets you fired up to do this work?

TM: Conqueror by Estelle. Also, keep in mind that I am a person of the hip hop generation. I love upbeat music to get me going as well!

LAE: Why should activism matter to Louisiana educators?

TM: As individuals in the education profession, we teach our children about laws being implemented that affect us as well as the students we serve. Sitting idle waiting for change to come is not an option. If we don’t stand up, who will?

TM: “The time is always right to do what is right.” Reverend Dr. Martin Luther King, Jr.

LAE: What is one message you’d like to send to all LAE members?

TM: I am grateful for the prayers, support and well wishes in this journey thus far. It is truly an exciting time for LAE. You will be given 110%. Let’s come together and fight for our communities, our students, and our profession!

LAE representatives from across Louisiana gathered in Baton Rouge in April for the 2019 LAE Representative Assembly. Highlights from this year’s annual member meeting included two days of discussion surrounding association business, an address by Governor John Bel Edwards, and a farewell to LAE President Debbie Meaux.

Thank you to all who attended!

Membership Has Its Rewards

Carefully negotiated benefits are part of your membership. 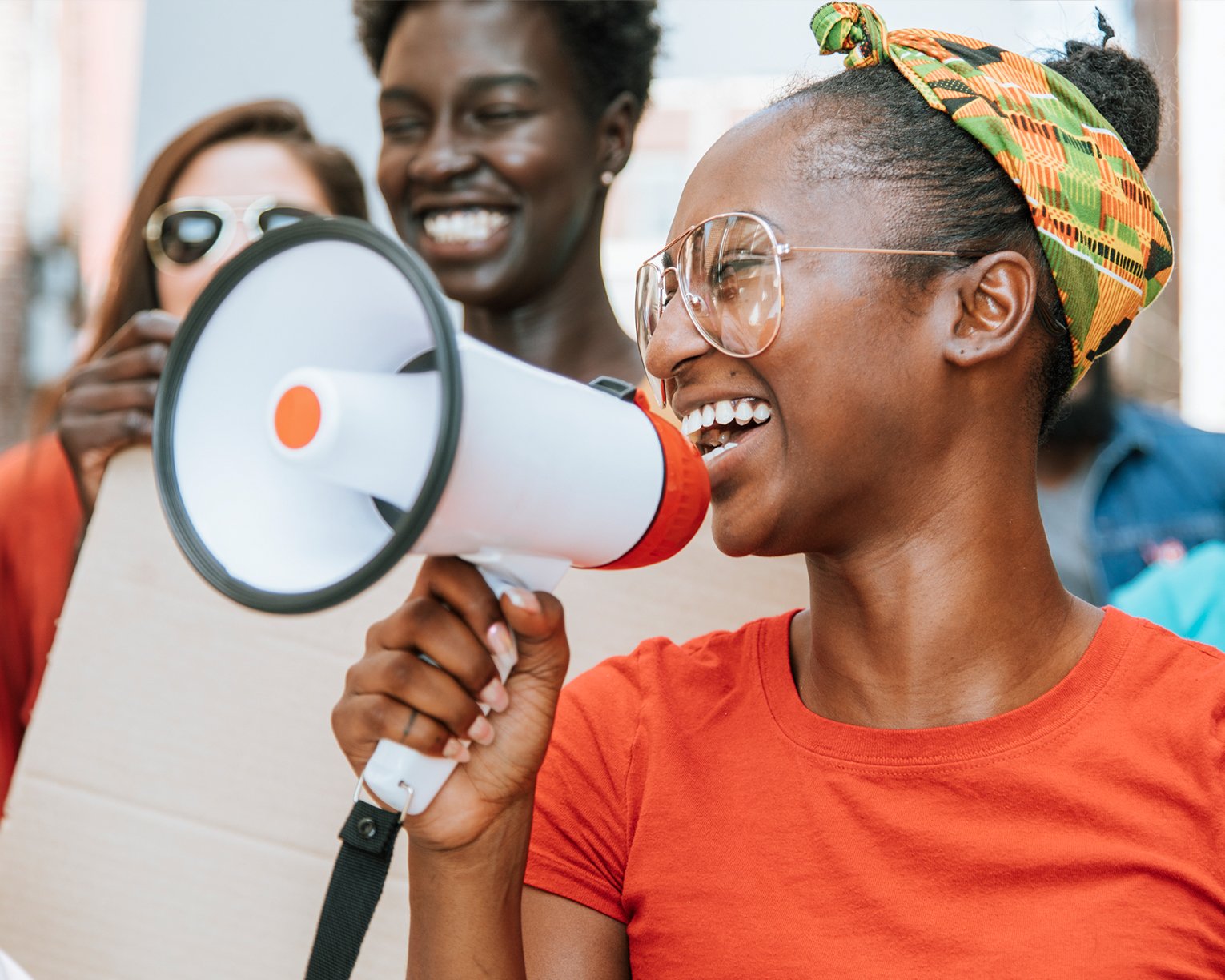 Ready to stand up for public schools?

Learn more about the issues and policies that impact public education, then take action to support students.

LAE’s mission is to organize and empower educators to promote quality public schools, strengthen the profession, and improve the well-being of public school children across Louisiana.
Contact Us
About Us

The Louisiana Association of Educators is a state affiliate of the National Education Association (NEA), the nation's largest professional employee organization. NEA has affiliate organizations in every state and in more than 14,000 communities across the United States.